This week I was working from home a lot so that meant less time on buses and less time listening to podcasts. Boo! Still, I managed to pack in a few quality conversations while I baked, including finding out how lust-worthy website The Coveteur was founded and about the early life of Hollywood legend Jane Fonda. And yes, once again, each podcast is presented by a woman – women are really kicking ass in the podcasting world, aren’t they? *insert fist emoji*

Here are my podcast recommendations but if you’ve listened to anything good lately, I would love to hear about it so let me know in the comments:

You Must Remember This

I’ve raved at length about my belated love of Classic Hollywood podcast You Must Remember This already so you can imagine my sheer delight when the podcast returned with new episodes. Even better, it’s a series (I loved the Dead Blondes and Manson series) and this time looks at the lives and fortunes of Hollywood icon Jane Fonda and actress-activist Jean Seberg. Shamefully, I don’t know a whole lot about Jean Seberg beyond her popular-on-Pinterest image so I’m looking forward to finding out more about her life and I know I can rely on You Must Remember This to fill me in and convert me into a fan. 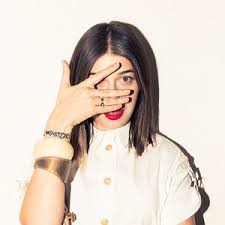 As I mentioned last week, I love hearing interviews with women who have set up their own businesses or live interesting lives so I stumbled across Ask Them More, a podcast series about inspiring women interviewed by Lily Kwong. Like everyone else no doubt, The Coveteur is one of my favourite sites (the photography, the knick-knacks people hold on to, the Chanel bags) but I didn’t know how this addictive site started so I downloaded this interview with co-founder Stephanie Mark to find out. Basically, the idea came from the street style phenomenon but the founders wanted to show the process of getting dressed and what that looked like. Mark describes how the passion project turned into big business and doesn’t hold back on things they learned along the way. I cringed when she described spending a fortune on a website redesign that was a disaster and laughed when she confessed to moving home for over a year and loving life with her folks.  If you’re reading this Lily Kwong, please make some more Ask Them More podcasts! 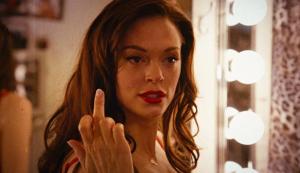 Whistling In The Dark – Rose McGowan

Rose McGowan has no fucks to give. Of all the interviews I’ve listened to recently, this is the one that really sticks out in terms of honesty. Actress, director and writer Rose McGowan talks to host Shannon Fitzgerald about so much in this podcast – from her awful experience being forced to make ‘Charmed’ to the influence of growing up in Europe on her life and identity – but the most powerful is when she talks about Hollywood, its ownership of women and its role in rape culture. Choice quote: “It’s like they have a Lay-z-boy stuck on their ass and it’s called the patriarchy.’ As McGowan herself says, Hollywood is the smallest town in the world so it takes real balls to speak out like this. 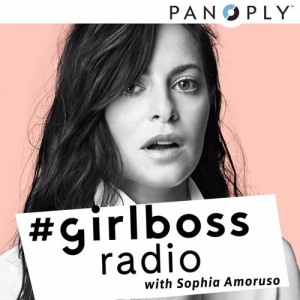 Confession: I just read Girl Boss earlier this year and bought Nasty Galaxy a few weeks ago (and then downloaded a ton of new music based on Sophia Amoruso’s recommendations throughout). Even though I’ve never been a Nasty Gal, er, gal, I’m obsessed with Sophia Amoruso and her story (plus she seems like such a badass). I’ve listened to episodes of Girl Boss Radio before including the one with Best Coast’s Bethany Consentino and Courtney Love no less, but if you’re a writer, I really rate this interview with Anne Fulenwider, Editor-in-Chief of Marie Claire.  I love hearing how other journalists got started in their career and this interview fulfils my inherent career nosiness. Anne talks about going to Harvard, wanting to be Joan Didion (who doesn’t), the horrors of waitressing (because people are the worst) and breaking out of the internship purgatory.  As well as the career stuff – which includes enviable stints at the Paris Review, Vanity Fair and Brides – Anne also talks about improving your public speaking and, just like I talked about in this recent post, detesting the word networking because it screams inauthentic. I don’t feel so bad about my social awkwardness and wanting to run out of events now – cheers Girl Boss Radio!